About the Project Launch

South Dublin County Council (SDCC) and Dublin City Council (DCC) came together and announced the development of a major joint urban regeneration effort known as the City Edge Project in September 2021.  The City Edge Project represents the most significant housing and economic opportunity ever undertaken in the Dublin Region and has the potential to be one of the largest and most transformational regeneration projects in Europe.

City Edge, was launched on Thursday the 9th of September 2021 with this website and the commencement of a non-statutory 4-week Public Consultation period. Public Consultation was announced to gain feedback on the Emerging Preferred Scenario for the City Edge Project Area. 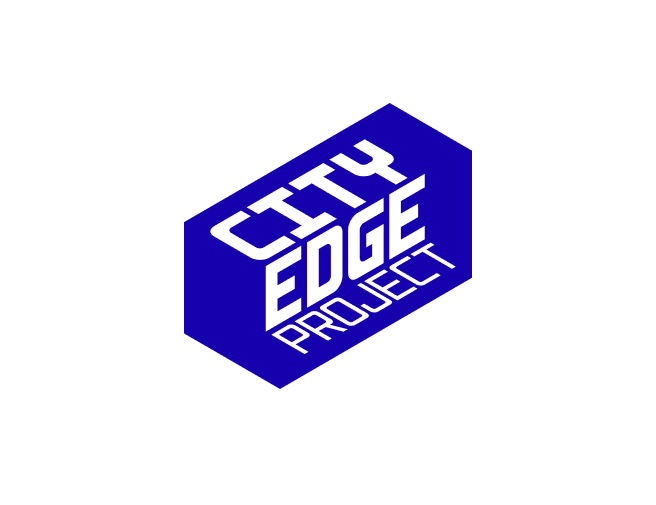 As part of the project launch SDCC and DCC hosted the live online City Edge International Conference which provided a unique opportunity to discuss and learn about best practice approaches to designing and delivering large scale regeneration projects.

Hosted by Shane Coleman of Newstalk, the conference took place over two mornings, on the 29th and 30th of September 2021. 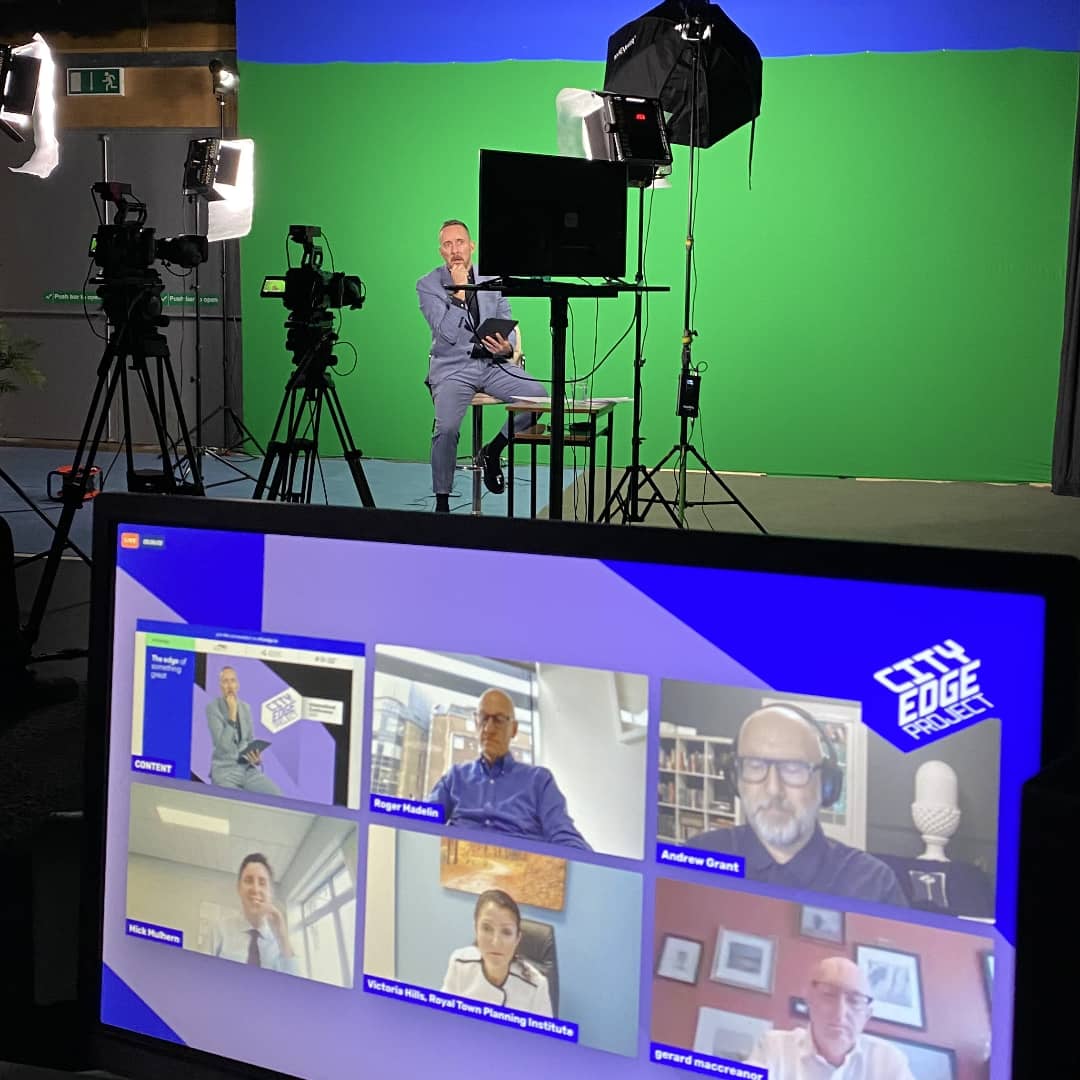 A comprehensive media campaign was undertaken by the project team to promote the project and ensure public participation and engagement during these early stages. 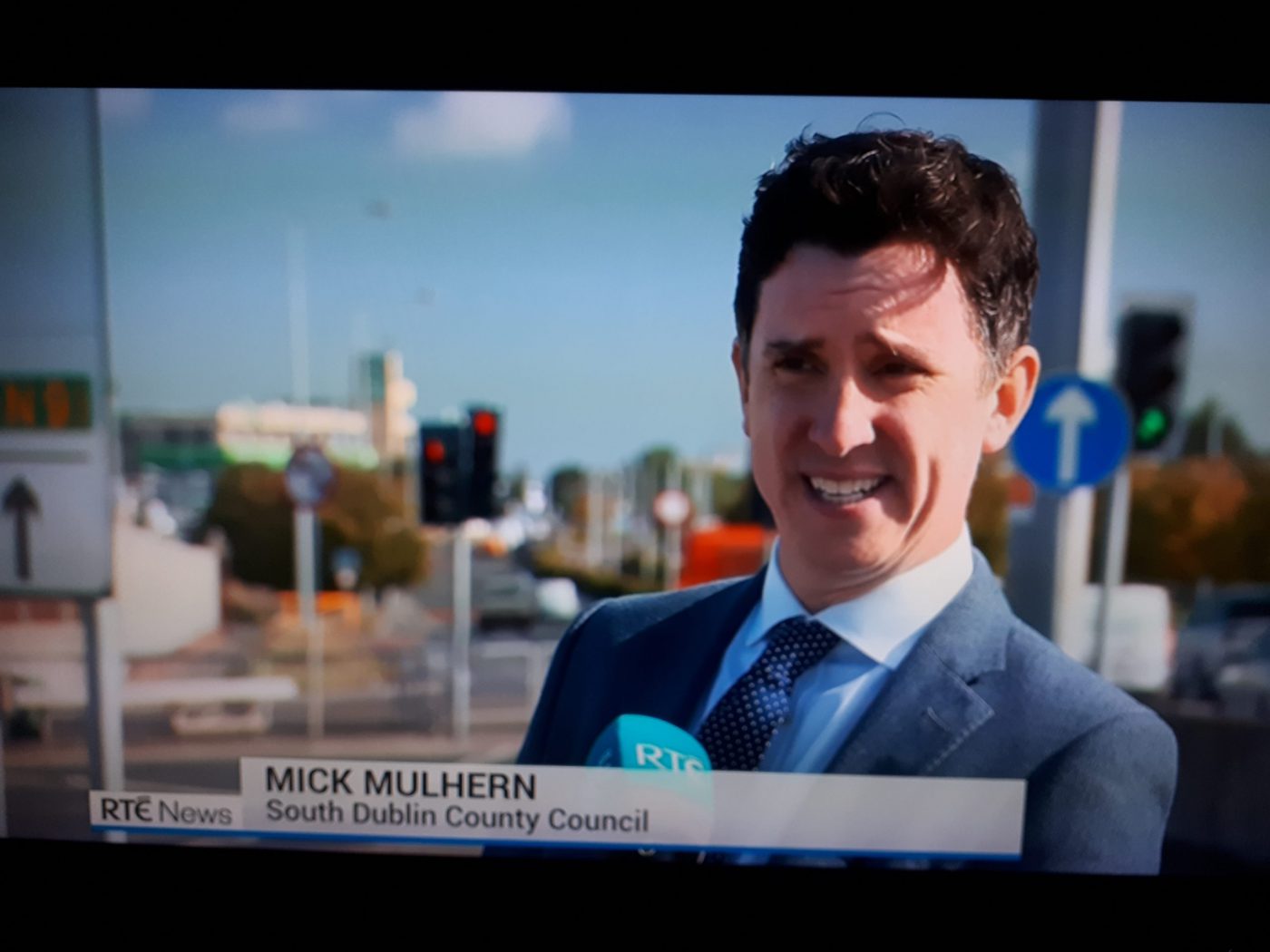 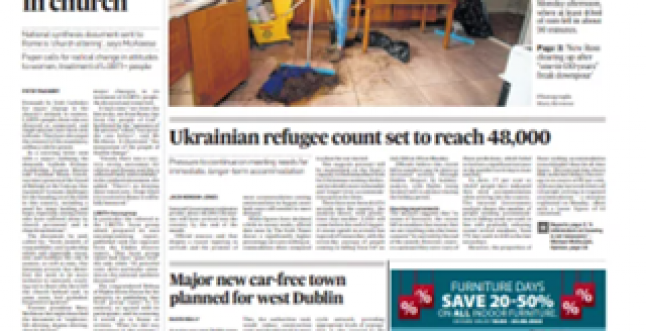 City Edge project on 700 hectares along Naas Road will have 40,000 homes, transport options and population of 85,000 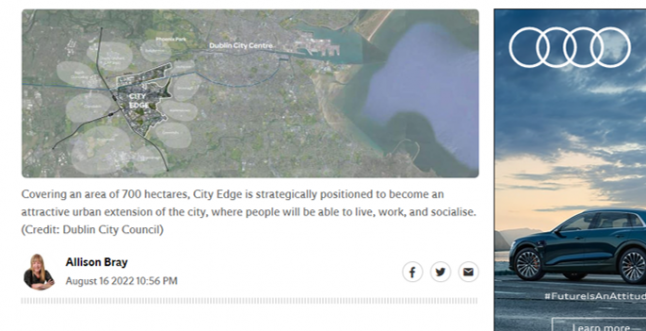 Covering an area of 700 hectares, City Edge is strategically positioned to become an attractive urban extension of the city, where people will be able to live, work, and socialise. 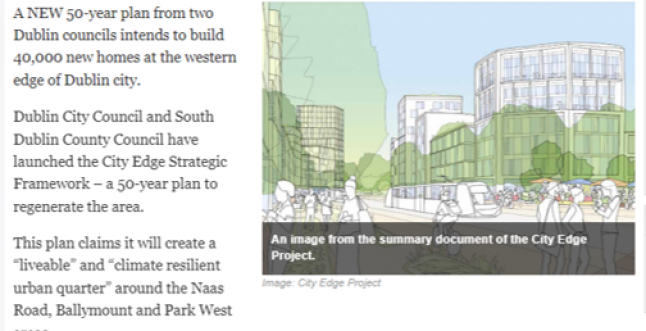 The neighbourhoods in the plan would follow the 15-minute city concept. 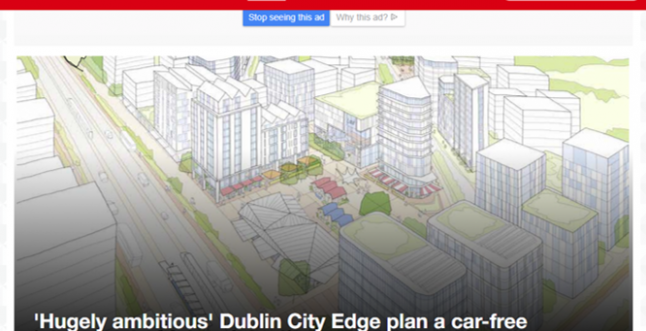 There’s been mixed reaction to plans to build a virtually car-free town with a population the size of Galway on the edge of Dublin. 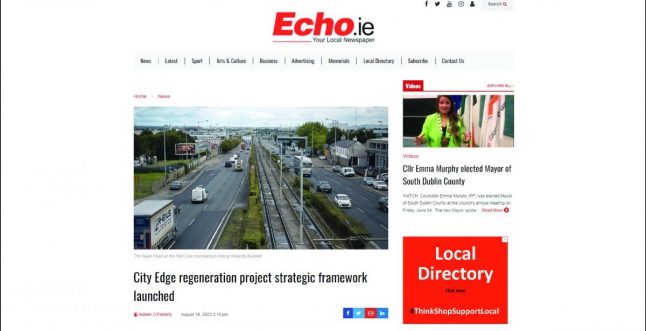 A STRATEGIC framework for City Edge – which is set to become one of Europe’s largest regeneration projects – was launched this week by Dublin City Council and South Dublin County Council. Echo 19.08.22 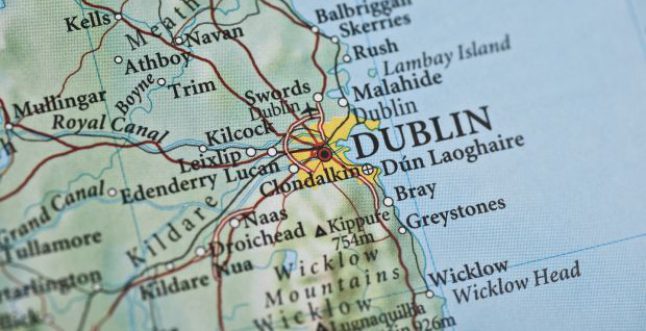 The aim of the City Edge project is to reimagine “significant areas of under-utilised land”. The project is a joint venture between South Dublin County Council (SDCC) and Dublin City Council (DCC) with the local authorities saying that the proposed… 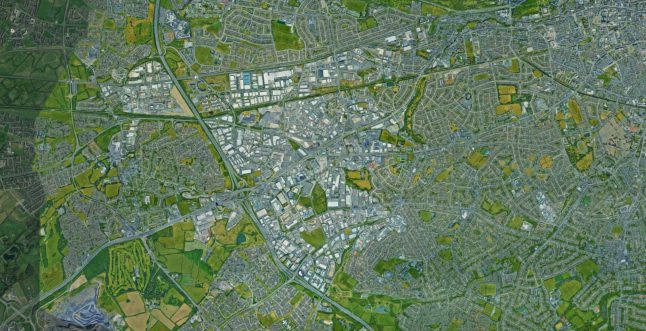 As part of a national strategy to regenerate the city, South Dublin County Council and Dublin City Council are working together on a long-term, extensive urban regeneration plan called the City Edge Project. Echo.ie 09.09.21 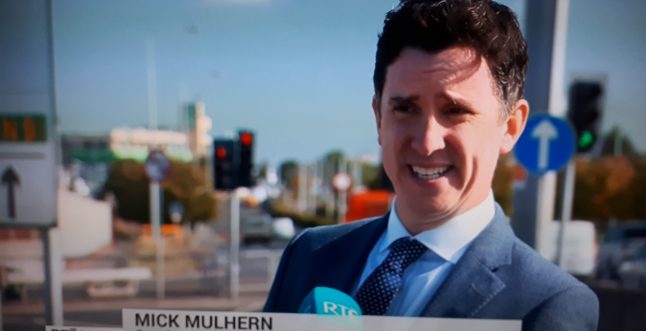 Plans for a new city in Dublin, involving homes for up to 80,000 people, are undergoing public consultation. RTE: Six One News 30.09.21

An ambitious regeneration scheme providing 40,000 homes and creating up to 75,000 jobs is to be undertaken as a joint venture between two Dublin local authorities. Irish Independent 13.09.21

Please use a modern internet browser to view this site like Microsoft Edge or Google Chrome.

To get in touch, please use the contact form below. If you would like to leave a voicemail instead, please call this number:

This website uses cookies to improve your experience while you navigate through the website. Out of these cookies, the cookies that are categorized as necessary are stored on your browser as they are essential for the working of basic functionalities of the website. We also use third-party cookies that help us analyze and understand how you use this website. These cookies will be stored in your browser only with your consent. You also have the option to opt-out of these cookies. But opting out of some of these cookies may have an effect on your browsing experience.
Necessary Always Enabled
Necessary cookies are absolutely essential for the website to function properly. These cookies ensure basic functionalities and security features of the website, anonymously.
Analytics
Analytical cookies are used to understand how visitors interact with the website. These cookies help provide information on metrics the number of visitors, bounce rate, traffic source, etc.
Advertisement
Advertisement cookies are used to provide visitors with relevant ads and marketing campaigns. These cookies track visitors across websites and collect information to provide customized ads.
Save & Accept
Powered by